Zyrus is a 6 star unit that falls into the Magic Damage role. He’s a basic Black Mage with the more utility style magic set up rather than the elemental spells.

His stats are great for a mage style unit and his skills are fitting for his role. He lacks spells like Fire, Thunder, Blizzard, but makes up for them with the more devastating spells a Black Mage can have.

The two most utilized spells will obviously be Osmoses and Drain. One stealing MP from an enemy and the other stealing HP, so both are helpful in their own right.

Aside from those two he is outfitted with Flare which is a heavy hitter in its own right. But Flare can be combo’d with one of his other skills Blood Rend.

By using Blood Rend after Flare it does bonus Water damage to the target. So these two go hand in hand when in use.

He’s also outfitted with Dual Black Magic allowing two spells to be cast in one turn. So you could double up Osmoses/Drain for double utility it one turn.

The downside to Zyrus is the fact that he lacks most of the Black Mage spell repertoire but that’s really all on an opinion stand point. What he has is good especially if built right and used right.

Even his Limit Burst is good dealing damage and increasing his Magic for 3 turns. So given the chance Zyrus can be a reallly good magic unit.

Zyra is neutral to all elements and status ailments

Zyra can equip 3 weapons and 4 armors

A young, silent black mage from a place widely unknown. He always has his sights set on dragons, and is especially equipped for taking them on. He’s cold-blooded when it comes to fighting dragons, not taking mercy on them even if they are wounded or even young. He hates being thought of by humans, and is constantly trying to avoid getting involved with others. He has a particularly bad relationship with a certain dragoon, and there are even rumors that this dragoon seeks to end his life. 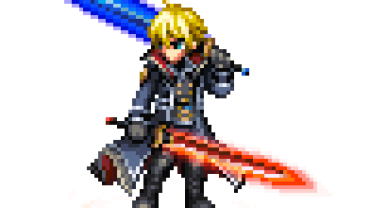