Aileen is a 6 star character who plays the dual roles of Physical Damage and Support. And right off the bat I can say she plays them both incredibly.

Her skills are perfectly built to be a fair trade between damage and support. Recovery Oil is a great healing spell that’s probably going to be her staple move in any fight.

Limit Gather is probably her most usable physical damage move simply because it’s one of the earliest skills she gets but it also increases her Limit Gauge. Her limit is great by the way, Fatal Impact just deals heavy physical damage out right so it’s definitely a good one to have on her.

But really the great thing about Aileen is her equipment ability. The amount of equipment she has access to is insane.

She can use all 16 weapons and this gives her incredible coverage depending on how you want to build her and really opens up options for you to do it in your own ways. So her skills somewhat limited with her only having a few but her massive equipment range can make up for it.

On topic of her skills there is a great combo with two of them she has. Her final skill Piledriver deals damage and decreases Earth resistance for all enemies.

The best thing to do after using that is to use Ground Work. Not only does it do good physical damage but it adds Earth element to physical attacks for 5 turns.

So Piledriver lowers the resistance to Earth and Ground Work adds the element to Aileens Physical attacks for 5 turns. And with her range of equipment that gives her options to some heavy hitting stuff she can really deal some crazy damage.

Verdict: A great unit that should be in any players roster.

Aileen is neutral to all elements and status ailments

Aileen can equip 16 Weapons and 8 Armor

A machine engineer from Dilmagia who specializes in weaponry. Aileen develops weapons of a smaller, more personal scale than those mounted on the airships constructed in her hometown. Currently, she travels across the world polishing her skills in combat and claims that there is a weapon for everyone. 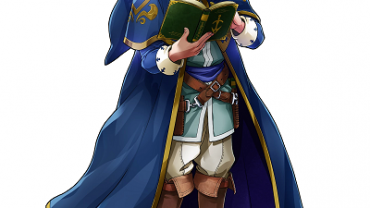