Cinque is a 5 star character with somewhat basic stats for her rank. She’s a Physical Damage character which slightly helps make up for her Trust Master Reward.

Cinque is kind of an interesting case because as a physical damage character she’s built almost like a Tank. Not talking specifically in her defense stat because that could be a little better.

Her skills are all designed to either deal damage or soak it up. Which is a little strange since her main focus shouldn’t be to take any damage at all and dish out as much as possible.

Her Trust Master gives the first 20% buff in Defense followed by having the buff skills Def and HP +10%. She also has Brace which raises her Defense for 3 turns, and Defend which halves all damage for 1 turn.

So for a damage character she can be built pretty well to handle taking damage herself. And having this kind of strange split can either be good or bad.

The good is that while she’s all buffed up and beefy you can still make her dish out some heavy damage. Throw on all your defense buffs but add Store into the mix.

Store raises attack by 80% and maxes out at 160% but the caster takes 50% more damage. So using Defend then Store cancels out the extra 50% but keeps the initial attack boost with out losing any heavy defense.

The bad would be that she has all these defensive moves and not nearly enough actual damage skills. Cinque only has three damage skills.

Mace Cyclone which deals wind damage, Whirling Mace which is physical, and her final skill Full Swing which does good damage and lowers enemy defense by 25%.

So for a damage character you’d expect her to have a few more damaging attack instead of the slew of defensive moves she has. So really depending on how you play her will decide her usefulness.

Her Limit Burst however can make up for her lack of physical attacks because of its damage and effect. Earthquake deals some heavy physical earth damage and also lowers enemies attack by almost 50%.

Cinque seems like she can be a double edge sword and that’s her downfall. She’s a physical damage character but has to little attacks and to many defense buffs to make her extremely useful.

Verdict: Could be a better damage character but brings an interesting Tank feel to the role

Cinque is neutral to all elements and status ailments

A young lady who appears in the tales of a world divided into four nations that individually control their own unique Crystals. Cinque is a cadet in training to become Agito, the legendary savior or saviors, and a member of Akademeia’s Class Zero. Although she appears to be the easy going type, she shows no mercy to her enemies in battle. In fact, among the various weapons used by the members of Class Zero, she chose the heavy and hardly maneuverable mace. However, her choice seems to have stemmed from the fact that a mace can inflict great damage with just one blow, ending battles more effortlessly. 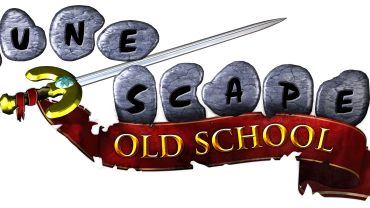