Shera is a 5 star character with decent stats and an acceptable Trust Master. he is a Physical Damage and Support character giving him some good coverage on both ends.

i always say any character that can deal damage and protect itself at the same time is something to be praised and Shera is no different. He doesn’t have any healing abilities but the self buffs increase his stats enough to make him worth the trouble.

Entrust and Cheer are great party buffs. One boosting an allies LB gauge and the other increasing attack and defense by 40% for 3 turns. As for his self buffs they’re the typical stat increases plus Blade Adept giving an extra 30% on attack if he’s using a sword.

All of his attack skills are physical as well with no surprise. He has some coverage with fire damage offering some extra damage to the attacks.

His final skill is Sieg Zoldaad which deals fire physical damage to all enemies and increases the parties fire resistance for 3 turns. So some of his skills can be situational when it comes to his buffs but it doesn’t take him out of the running by any means.

Now his limit burst Kaiser Ziel is actually pretty good. Not only does it deal fire physical damage but it has an up to 50% chance to paralyze the target.

I’d have to say that Shera’s down side comes in with his equipment and the number of his abilities. I feel like he could have been given a few more skills to really push him over the edge into top tier usefulness.

And his equipment is just limiting. Only 2 weapons really takes away from his coverage which he doesn’t have that much of to begin with.

Verdict: Not a bad pull if you’re looking for a Physical/Support character. There are better ones such as Chizuru or Lightning, but they are 6 stars…

Shera is neutral to all elements and status ailments.

Shera can equip 2 weapons and 5 armors

The first prince of the Zoldaad Empire, and the young man next in line for the imperial throne. Shera is a kind soul with sound judgment who has his doubts about the current militaristic aspirations of the empire. Unfortunately, his quiet personality and high regard for his subjects’ well being are regarded as nothing more than weakness in the eyes of the dictatorial emperor and his militant officials. 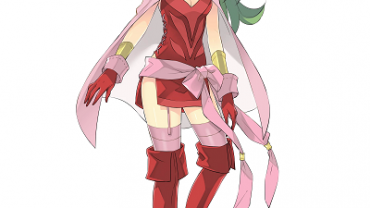