The 2nd 6-Star unit Delita is not as good as Lightning at DPS, but he helps her out a lot by bringing his repertoire of debuffing abilities. Damage / Support units typically don’t exceed in either role, but they can be a great addition if what they bring synergizes well with your other units.

Moonblade is the regular sword version of Excalibur, at +118ATK and having the additional effect of being Dark elemental it will shine in fights where units are weak to dark elemental damage. As with any elemental based weapon though, they can be used in conjunction with casters to help create large element chains for bonus damage and keep in mind that element chains scale better than physical ones.

Delita is a solid unit with good stats, while he is on the lower end of the awesomeness scale when 6-Star units become the norm, for the foreseeable future he will be a decent team member since his utility will keep him viable as a physical team support unit.

Decent stats, decent support abilities, decent attack abilities, great Trust Master, niche Limit Break. Delita will be a solid unit for a while and won’t be rotated out for at least a few more months.

Verdict: A great attacker alongside Chizuru and Lightning.

Delita is neutral to all elements and status ailments.

Delita can equip 9 weapons and 8 armors.

A young man who appears in the tales of holy stones known as auracite in the distant world of Ivalice. Delita and his sister Tietra were born mere commoners, but were adopted into the noble House Beoulve after losing their parents to the Black Death.

He was raised alongside Ramza, whom he quickly befriended and eventually trained with at the Gariland Royal Military Akademy. However, after Tietra became a casualty of a bungled plot during the War of Lions, he came to a grim understanding of the ramifications of his social position. 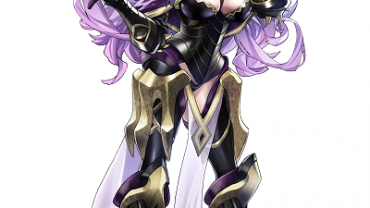