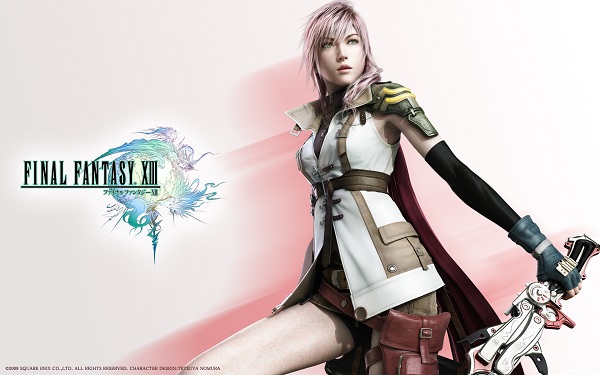 Ah Lightning from FF 13 is finally here! She is global’s first 6 star unit and a good one at that! She is a strong physical fighter with AoE and single target elemental attacks. With a +30% attack  and Hp+20% bonus, she has high attack and health to endure hits from enemies.

Her single target elemental attacks consists of lightning, fire and ice. She can deal AoE physical and magical (mostly wind and lightning element). Did I mention that she has auto-refresh? This passive allows her to regen 5% of her mana every turn. That means you can equip her with cat bell’s and spam the living crap out of her skills without fear of running out of mana.

She can counter, negate damage at 30% chance, which is excellent considering that she is the only one with this skill set. That’s not all either. Lightning can learn high level black and white magic! She can also learn mid level green magic. A front line fighter who hits hard and can heal!?? What a beastress!

Her best skill is perhaps the dual wield, which allows her to wear 2 weapons at once! If you equip her with the barrage skill, she and Chizuru can make quick work of any boss! Her trust master reward is an accessory that makes her attack hit twice, making her a deadly force to be reckoned with.

Her limit break is single target but also reduces enemy defense…what a strong LB to have!

I don’t think she has a considerable downside. Saying that her limit break is not an AoE attack is just nit picking for cons. She is pretty much the strongest unit as of 9/24/2016. I am sure there will be units that may oust her later on though…

Verdict: Must have in the team.

Lightning is neutral to all elements and status ailments.

Lightning can equip 7 weapons and armor.

A woman who appears in the tales of a world where the gods toy with humanity’s fate. Lightning is a soldier from the floating continent of Cocoon, ruled by servants of the gods known as the fal’Cie. Her unsociable and serious demeanor often makes her seem indifferent to those around her, when in reality she hides a gentle soul that drives her to face peril boldly to protect those she loves.

Lightning gave up her post as a soldier to save her sister Serah, who had become a prisoner of the fal’Cie, and boarded a train full of unjustly exiled citizens to defy the fate the gods had chosen for her.