Chizuru is the superior version of Cyan, our beloved FF6 samurai. She offers all the skills Cyan has and a few unique skills that makes you not want to use Cyan unless you really like him. Chizuru’s best skills are Barrage and High Tide, with the latter providing a bonus to LB crystal drops. Other notable useful skills include counter, Atk+20%.

As a samurai, she deals great single target damage and also has a skill that partially ignores defense. The other good thing is that she comes at 4 stars, so awakening her will be less of a hassle. Her trust master reward is also a perfect complement to her already high single target devastation. A 50% bonus attack passive while using a Katana is just too good to pass up. Do keep in mind that leveling her Trust Master will not be easy though. It will take a long time before you can unlock it.

Chizuru can only equip a short sword and katana, so her weapons are pretty limited. Her armor selections are decent but she can’t wear a shield. She also doesn’t provide any AoE damage, but there will be plenty of characters that have that covered. Chizuru’s job lies in dealing high single target damage and works well against bosses.

With her being able to upgrade to 6 stars, she learns a few awesome skills that make her even more powerful. She can negate 20% of physical attacks with molt, 25% stat increase with a katana, a single target attack with 30% chance to stop. Her final skill ignores defense and does good damage to all enemies…She can’t be more op than this.

It is also worth noting that she can’t learn any magic abilities. Keep in mind that she beats Cyan by a mile unfortunately.

Verdict: Max her as your first choice samurai character.

Chizuru is neutral to all elements and status effects.

Chizuru’s limited weapon selection is offset by her powerful trust master reward: Blade Mastery. Her armor selection is good except that she can’t use a shield.

Known as a samurai, she wields her blade out of loyalty for her master. She lived in accordance to the samurai code, and even after retiring she taught it to her children. However, after her daughter was taken in by the darkness, she left her family and master behind, instead deciding to take her own life by committing seppuku. 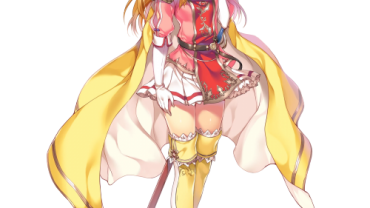