Eighte is a run of the mill physical damage character.

Not much about Eight is to special or extraordinary. His stats are plain and his skills are what you’d expect to see on a physical damage character.

Aside from those buffs Eight will most likely be spamming his basic attack or Quickbolt Stance. Quickbolt Stance does damage and has an HP drain on it making it effective for use.

His final skill Fist Adept really isn’t anything to special eight though does give a nice attack boost. increases base attack by 30% if equipped with a fist weapon and all Eight can use are fist weapons.

His Limit Burst, Sacrificial Slug, isn’t to bad either. He deals heavy damage with a 20% HP sacrifice to the enemy.

The main focus with Eight really is just throwing out damage. Whether it’s chip damage or heavy damage there’s nothing that really pushing Eight over the top.

Verdict: There are better 6 stars in the game.

Eight is neutral to all elements and status ailments

A young man who appears in the tales of a world divided into four nations that individually control their own unique Crystals. Eight was taken in at an early age, and has since been raised as a cadet to become Agito, the legendary savior or saviors, as a member of Akademeia’s Class Zero. Although short in stature, he uses his own fists as weapons in battle. He also boasts of a knack for sound judgment and keen perception of his surroundings. Such skills can prove very valuable in infiltrations whilst posing as a prisoner of war, leading the mission toward success. 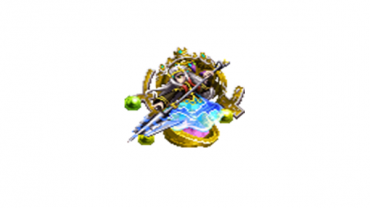