Oh my, what can I say? This mage is top tier and will be for quite a while. He has very high magic stats and the rare dark element, which is a great element to have against light. His attack is also quite decent as well. He also generates a high amount of limit burst crystals. With the ability to learn all types of magic(black, white, green), you got a legendary mage in your hands.

Let’s look at his special abilities. He can learn Mag+30% at 4 stars and Auto-Regen at 5 Stars. The Mag+30% will really amplify his magical skills and make him hit even harder. His has all 3 basic element spells (Firaga, Thundaga, Blizzaga). At 5 stars, he will learn Graviga, which is good against high health monsters. It won’t work on a majority of the boss monsters, but is good to have.

His limit burst is AoE dark damage and a high chance of random status effects to ALL enemies. This is quite overpowered as not many units in the game offers AoE status effect debuff. This makes him incredibly valuable in hard boss fights, where he can inflict poison/paralyze/sleep, which are all good against bosses.

For those that didn’t play FF5, he was the main bad guy in the game. In the JP version, he is consistently top tier, so do not hesitate to max him out if you do get him. Let his magic power kill every trash mob in sight for you!

Update: He can now be 6-starred! And he comes with dual cast black magic…talk about devastation. All black magic now becomes double damage and AoE to boot as well. The other funny thing is that he also can use light AoE magic attack, making him more versatile against dark monsters.

ExDeath is weak to Light, which is the trade off for having dark powers.

His limit bursts are AoE and can inflict random status effects. It improves as he advances to 5 stars.

ExDeath’s weapon/armor choices are good enough and you won’t have problems finding him decent equipment. I suggest you give him the best items you can find.

Scared and Holy Crystals are hard to come by. Do Awakening Materials – ADV and also steal from Colosseum monsters. Lanzelt monsters will also drop them sometimes.

A warlock who hails from a world where the Crystals shine with light. It is said that he was born, some five centuries before the tale begins, when all malevolent souls trapped within the Great Forest of Moore took root in a single tree. He was defeated once by the Warriors of Dawn, and sealed away in the world also occupied by Bartz and his allies. But he was able to destroy the Crystals, which were weakened from overuse, and return to his former strength. His ultimate goal is to return the two split worlds to one, and seize the power of the Void, which lies in the Interdimensional Rift. 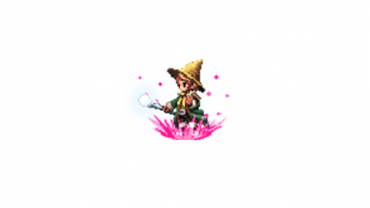