Lawrence is a 5 star character with decent stats and plays the Physical Damage role. He’s a pretty good 5 star to have and is built to deal some good damage.

What’s interesting about Lawrence is that his skills are all built around dealing damage like any physical damage unit. But each of his skills have a side effect that could easily class him as a Support as well.

Everyone of his offensive attacks does physical damage and has their own side effect. Swarmstrike inflicts poison, Shadowstrike inflicts blind, Power Fail and Magic fail decrease attack and magic.

He’s also outfitted with Deflect and Mirage which both negate enemy damage for a predetermined amount of turns. All those together could easily make him a Physical Damage/Support, but the fact that he isn’t is interesting.

His final skill is Barrage and it simply deals 4x physical damage to random enemies. Now in a mob this is just gonna be some crazy heavy damage.

Using it against a boss while piling onto it with his damage attacks laced with debuffs and status ailments is going to add a much bigger punch. With his build he will be highly effective against some bosses.

Even his Limit Burst, Falling Strike, picks up the slack that Power and Magic fail leave. It deals heavy physical damage and decreases enemy defense and spirit.

So on all stat fronts he is covered and has two of the most annoying status ailments in the game. And all of them deal base physical damage as a main effect.

Verdict: An interesting unit worth obtaining, if only for the fact he’s interesting

Lawrence is neutral to all elements and status ailments.

Lawrence can equip 6 weapons and 7 armors.

A knight from the Kingdom of Grandshelt. Although fairly close in age to Rain and his friends, as a late bloomer Lawrence never stood out much within his order. Nonetheless, he never minded it enough to let it affect his good rapport with Rain and Lasswell. On the field he leads a commando unit and fights gracefully with a rapier type blade. 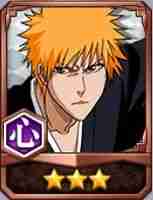