Orlandeau is a 6 star character with pretty good stats and plays the Physical Damage/Support role. Having these two roles on one character is always an interesting match up because they can essentially be a one man army.

Most of Orlandeau’s abilities revolve around dealing damage and either boosting his stats or decreasing his enemies. So in one character you have an attacker and a buff/debuff with out having to worry about keeping a fragile support alive.

So all in all he’s got a good character role to mess around with and use efficiently. Especially as a physical damage he can be buffed enough to deal some serious damage.

Stasis Sword, Cleansing Strike, and Lightning Stab are 3 good examples of his damage capabilities. Each attack deals decent physical damage but each one also adds an extra status ailment effect.

Stasis Sword inflicting stop, Cleansing Strike inflicting Confuse, and Lightning Stab conflicting Silence. Each ailment being helpful in their own way and good depending on the situation.

Aside from status ailments he has some good stat debuff attacks as well. Crush Weapon decreasing enemies attack and magic while his final skill Divine Ruination decreases light resistance.

He even has the typical buffs most other characters have just pushing him over the edge. Black Lion’s Crest and Auto-Refresh being extremely helpful in the long run.

Even his Limit Burst is built to deal heavy physical damage to all enemies and that’s all he really needs. He’s great for damage and some extra support.

Orlandeau is neutral to all elements and status ailments.

Orlandeau can equip 3 weapons and 9 armors.

A knight who appears in the tales of holy stones known as auracite in the distant world of Ivalice. Cidolfus Orlandeau is also known as “Thunder God Cid,” and is a man feared by many due to his reputation as the undefeated general of the Order of the Southern Sky under the banner of the Black Lion. Once the War of the Lions had erupted amidst disputes of succession within the royal family, his resolve to protect and fight for the people never faltered. 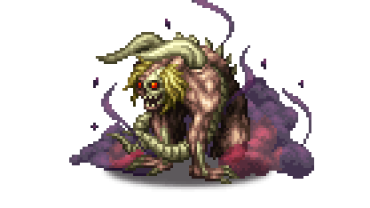