Popoi is a decent 5-star magic damage character with some good skills but lacking in the stat department. Popoi is a skill heavy character and really doesn’t stand out in any other way.

An upside to Popoi is the amount of coverage it has for damage. With it’s skills Freeze, Diamond Missile, Air Blast, Fireball, and Acid Storm it covers most of the elemental types of damage.

Popoi also has stronger versions of the elemental attacks he gets the further into his leveling. So higher level means better element skills.

Popoi has also got some good coverage for straight HP damage with skills like Evil Gate and Absorb. So Popoi is very well rounded when it comes to skills.

A big plus to Popoi is it’s equipment. Much like Primm, Popoi can equip 11 weapons and 7 armors giving it a lot of variety in play style.

Downside is that being a 5-star Popois stats are not as good as they could be. His magic is decent but with his defense Popoi is going to go down very easily.

Update: After Popoi’s 6-star awakening he has become far better of a unit that he already was. He can still be over looked by some other 6-stars out there but with his set of equipment but now having exclusive equipment and some 6-star abilities now push him up a little higher on the totem pole.

Popoi is neutral to all elements and status ailments.

Popoi can equip 11 kinds of weapons and 7 armors.

A young sprite searching for his home in a world protected by the great power of mana. Despite being a bit cheeky and calculating, he has a very positive personality. Swept away in the flood that hit the forest of sprites, he was taken in by the village head at Gaia’s Navel, however, due to the shock of the flood he couldn’t remember his own name or where he came from. He began to trick and steal from travelers in order to raise funds for his journey home, however, that was until he came across Randi, the boy with the legendary holy sword. 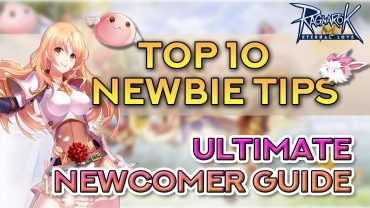