Note: She is now available at 5 stars!

Rydia is the great young summoner from FF 4. Blessed with the great ability to increase your esper bar using her limit burst, she is a good unit for esper spamming lovers. Rydia has affinity to poison, ice and thunder spells.

The biggest reason you should be including her in your team is her esper damage bonus from her passives Evo Magic. At 4★ max level, she gives esper’s bonus 30% damage. She can also steal some mp from enemies with osmose. At 5★, esper’s damage becomes even more potent!

Rydia can also learn various black magic, so she can also be used as a utility black mage.

She does have some glaring weaknesses though. She can’t learn green or white magic. Her weapon selection is limited and she is vulnerable to physical attacks.

Verdict: At 5 stars now, she is a viable unit to use!

Rydia is neutral to all elements and status.

Rydia can equip 3 weapons and 5 armors.

A young summoner girl who hails from a distant world where two moons rise in the sky. Pure and true of heart, she suffers a tragedy when her home, the village of Mist, is burned to the ground by order of the king of Baron, who feared the power of the Eidolons.

She joins Cecil and his companions on their journey, but is thought to be lost when swallowed by the great Leviathan. Later she returns from the Feymarch, home of the Eidolons, as a woman grown, lending her prodigious powers to her former companions as they face their greatest challenge. 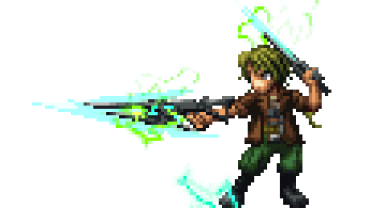