Thancred is a 5 star character with well rounded stats and is a Tank/Physical Damage character. He plays the roles very well having several different uses in his character.

The biggest help Thancred gives is that he can aggro almost all enemies keeping the rest of the team completely safe. His skills are completely designed to help him take and soak damage.

He’s got several boost abilities that cover his Defense and Attack getting him buffed in all the right places. Foresight and Fight or Flight both offering 30% increases for 5 turns.

Having such a good defense and buffs to it makes the use of Flash very useful because it increases the chance of Thancred being targeted keeping enemies off the rest of your team. So making Thancred the front and center character that takes all the damage is a great use of his abilities.

Another thing that makes him so good to be an aggro taker are his skills Perfect Dodge and Featherfoot. Perfect dodge negating physical damage for 2 turns and Featherfoot increasing the chance he has to negate all damage.

Now being a Tank and having the ability to negate damage is amazing in its own right but Thancred can back up the tankyness with his physical damage. He’s a good attacker along with being a tank and can absolutely handle himself while pulling all the aggro.

His final skill Circle of Scorn is great because it deals good physical damage and inflicts poison at the same time. And that added extra damage is always nice when using a Tank cause then you’re just playing a game of out lasting one another and you will typically win every time.

Thancred is neutral to all elements and status ailments.

Thancred can equip 6 weapons and 7 armors.

A Hyur hailing from Eorzea who appears in the tales of the world of Hydaelyn. Although he claims to be a wandering bard, Thancred is actually one of the Scions of the Seventh Dawn, and heads an investigation being conducted in the desert city of Ul’dah. While a smooth-talker with a fondness for women off the field, the way he effectively overwhelms his opponents in battle shows no signs of delicacy. In the past, he lived as a thief on the streets of Limsa Liminsa until he met a sage by the name of Louisoix who persuaded him to turn his life around. 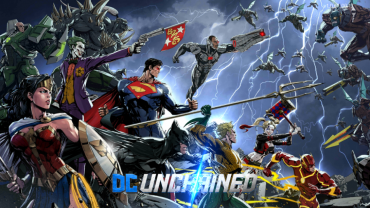