Did I mention that Thief also gets Bandit which DOUBLES the rate of stealing?

Thief also gets some good DPS abilities like Triple Attack (Three physical damage (3x) to one enemy), which unlike Barrage lets you choose the target, and Mercy Stroke (Physical damage (2x) and reduce ATK (30%) to one enemy) which gives the same –ATK debuff as Fullbreak. By the way, Thief can equip Enhancer (+82 ATK, +23 MAG) which is the best non-Trust Master Reward weapon in the game right now.

Thief’s Limit Break is also top notch when it comes to end game content. Nimble Stance (Base: Negate 3 damage taken for 1 turn to all allies) works wonders on the likes of bosses like Intangir, being able to negate Meteor is no joke and bring along a unit with Entrust to do it a second time.

Thief’s only draw backs would be a sub-par Trust Mastery Reward Coin Steal (Physical damage (2x) and steal Gil from one enemy) which is the useless cousin of Mug. Thief also doesn’t have a great selection of equipment, but does gain access to most of the better items out now.

Thief is neutral to all elements and status ailments.

Thief can equip 3 weapons and 4 armors.

A warrior known to have fought many beasts, who appears in the tales of a distant world where crystals bring peace and prosperity to the people. The Thief was finally able to awaken after facing countless battles that earned him experience, managing in the process to become a kind of wandering hero. He also became still lighter on his feet, now able to collect scattered gil on the field with greater ease than ever. Those who have seen the Thief in action are said to be impressed by his work. 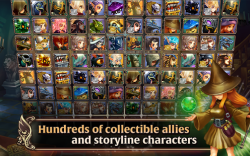