Charlotte is a pure tank, and is quite good at it too. Defend (Reduce physical damage taken (50%) for 1 turn to caster), Auto-Regen (Auto-regen (120HP, 0.6x) during battle), Cover (Chance to protect party member (5%)), Royal Armlet (Chance to protect party member (50%) with physical and magical damage mitigation (50%)) and Shellga (Increase SPR (40%) for 3 turns to all allies) make her very good as what she does best, keeping everyone alive.

Equip H Shield is solidly decent, if you have Leo with his awesome Aegis Shield then Equip H Shield becomes a best in slot ability for about every healer in the game AND it makes all your casters less squishy. Nothing says you can’t touch this more than a staff and shield wielding healer.

Charlotte is just simply the best tank in the game right now. Most of the other tanky units like Leo, Warrior of Light and Cecil are just posing. They sometimes may take a hit or two for a teammate, but nobody does the job as well as Charlotte does.

Awesome tank abilities, awesome damage mitigation, great trust master reward, and a decent limit break. Charlotte is one of those units who if you pulled early you may end up keeping for the whole game and for most of the end game content, which would be okay since you’ll be farming her Trust Master Reward at the same time.

Verdict: Use her over Cecil or oher tanks.

Charlotte is neutral to all elements and status

Charlotte can equip 5 weapons and 8 armors.

A knight of Grandshelt whose mortal body continues to protect both the monarchy and the people. Her strong feelings towards her comrades Rain and Lasswell crystallized, enabling others to summon her with the power of visions.

Her concern is deep for Rain, whose nonchalant temperament unsettles her, yet deeper still for Lasswell, whose personality closely resembles her own. In fact, Charlotte’s feelings for him seem to be complex in the extreme. 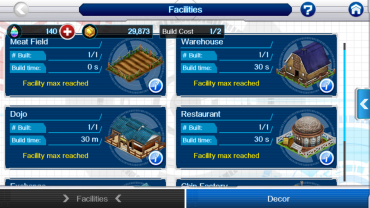