Cupid Luna is a decent 5 star with okay stats and leans on the Physical Damage side. Now she’s pretty good at dishing out damage and is designed to do so.

A lot of her skills give her good coverage on physical damage and the few passive buffs she has can make her a good basic attack. Spirit Slayer, Man Eater, ATK +20% are her basic damage buffs and are great for her basic attacks.

From there you are you are left with quite a few ranged damaging attacks. Scattershot and Twilight Bolt are both good early level attacks and will probably be her staple attacks as she ranks up.

Eldritch Air is a good magic counter that’ll come in handy and its effect to deal Dark Hybrid damage and cast confuse is a nice bonus. Chainsaw is another heavy hitting physical move that’ll be good later in her levels.

Now her heavy hitting ranged skills are Rapture Shot and Impair Shot. They both deal Dark Hybrid damage and give debuffs to ATK, MAG, DEF, and SPR so they are highly good for damage and lowering enemy stats.

Add in her Relentless ability giving her a 50% boost in Attack and Magic and you have quite a bit of an advantage stacked on. So she can become quite a good damage dealer given the right build up in a fight.

Her final skill Shadow Barrage deals great dark damage but spreads out over 4 random enemies. So in a horde match it can be great depending on the power of the monsters but against bosses it’s even better from usually being around only one.

Other than her skills she’s got a limit burst that deals some good damage. Nebula Storm can dish out some great dark damage and is good for a character with her kind of build.

When it comes to her equipment she is very limited with weapons only having access to a bow and a gun. Put that with her limited armor and she becomes a rather easy target.

So for damage she can be very useful all depending on how you build her up in a fight. The armor and weapons can become an issue but giving her the right combination of the two can fix the issue real quickly.

Cupid Luna is neutral to all elements and status ailments.

Cupid Luna can equip 2 kinds of weapons and 3 armors.

A young girl rumored by both humans and forest sprites to be beautiful and skillful with a bow. One day, she came across a traveler wandering through the woods, with whom she would then split her rations with. Upon doing so, the traveler took out some white garments, and began speaking. Though she was unable to understand what he was saying, she was taken by the beautiful clothes, so she accepted them and put them on. 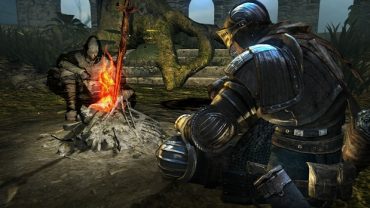