Galuf is decent as a 5 star. He can draw attacks and avoid your other squishy mages from taking damage. He can recover poison and blind + 30% hp/hp recovery. That is actually very useful and he can keep soaking up some damage.

You will only want to equip him with a sword at 5 stars for the 20% Def/Spr bonus. He also offers power and magic break, which reduces enemy’s attack and defense by 15% respectively. At 5 stars, he can also start using the basic AoE spells like Thundaga, Firaga and Blizzaga.

Aside from being a rather tanky front liner, he isn’t really used much as there are better options like WoL or Cecil. I do recommend you use him to get the Trust Master reward, which is decent and great for your mages.

Verdict: Train him for your Trust Master Reward.

Galuf is neutral to all elements and status

Galuf can equip 3 weapons and 8 armors

An old warrior from another world who appears in the tales of the Crystals. Galuf was one of the four original Warriors of Dawn who first sealed the warlock Exdeath. However, the seal eventually broke freeing Exdeath in the process, which lead Galuf to seek the help of Bartz and his friends in another world. Determined to protect his comrades and family, he lost his life facing Exdeath in battle. His will now lives on in his granddaughter Krile, whom he continues supporting in spirit. 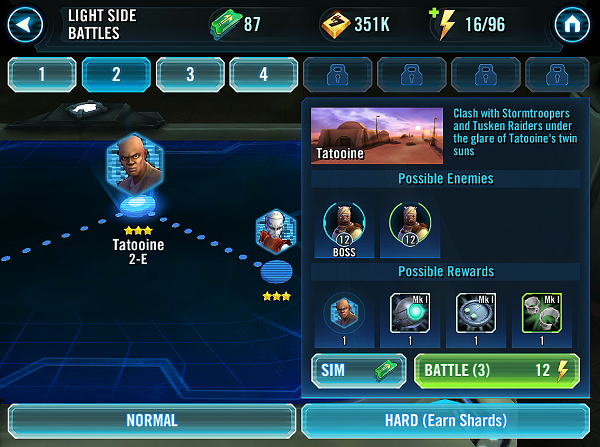