Golbez is so badass in FF4 classic. In the game, he is also a great black mage. Golbez might trail behind Kefka in terms of magical prowess, but he does specialize in increasing esper stats.  He also has a chance to paralyze all enemies at a 30% chance with Binding Cold.

Golbez also has all the basic elemental magic of Thundaga, Firaga and Blizzaga. Bioga will be useful against bosses, but I think Bio Blaster is much better due to a better percent chance(20 vs 50). Osmose will come in handy if he ever runs out of mana  in long fights. Drain isn’t too useful and it is much better to use a dedicated healer for healing.

In terms of limit burst, Golbez offers more AoE dark magic damage, which is a great element to have. His trust master reward Meteor is a great AoE magic that will decimate any regular mobs.

The few downsides of Golbez is his equipment selection. He can’t use staffs unfortunately. He also can’t learn any green of white magic.

Verdict: Max him unless you got Kefka or Cloud of Darkness. The latter two are better options.

Golbez is neutral to all elements and status effects.

Golbez does strong AoE dark magic damage to all enemies.


A mage from a different world who tried to destroy a certain blue planet with two moons. He controls the armies of Baron from the shadows in order to seize the Crystals that lie in each land, and drives Baron to commit terrible atrocities. Beneath him serve the four Archfiends: Scarmiglione of earth, Cagnazzo of water, Barbariccia of wind, and Rubicante of fire. But his own power is also great, and he uses many cruel tactics in his various confrontations with Cecil, including controlling Cecil’s best friend, Kain, with the darkness that lay hidden in the dragoon’s heart. 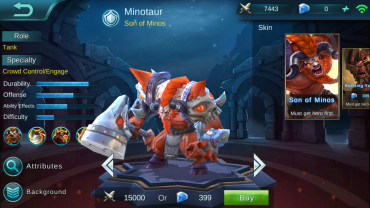