Ehhh…. That sums up Ludmille quite nicely. Krile is a better Red Mage with her innate Dual Cast ability and smaller leveling curve and while Ludmille may have better stats she suffers from not being good at anything and her abilities are incredibly niche. She is however a unit everyone wishes they pull multiple of since her Trust Master Reward is one of the best in the game.

Well there’s Cura (Heal (400HP, 3x) to all allies) and Esuna (Cure poison, blind, sleep, silence, paralyze and confuse to one ally) and Stonga (Earth magic damage (1.8x) to all enemies) and… wells that’s about anything worthy of note. Ludmille also has Convert (Recover MP (9999) to caster and reduce HP to 1) which could be awesome if Ludmille could Dualcast… or had access to anything worth Dualcasting at all, but with maxing out at level 6 Black Magic, she doesn’t have access to Meteor, Flare, or Ultima.

Dualcast is the spell flingers version of Dual Wield. Being able to use any two spells in one turn is actually better since it gives you more options for combos such as Imperil & any damage–ga spell, Ultima and Ultima, etc. Actually you’re going to want to get Dualcast and Terra for Ultima by the time PvP rolls around since those two abilities on a high Magic caster makes things go bye-bye.

Ground Fall (Base: Earth physical damage (2.5x) to all enemies, Max: Earth physical damage (3.45x) to all enemies) is earth based hybrid damage on a caster unit with healing spells who can’t cast the best Black Magic spells to make use of her own Trust Master Reward. There may one day be that one fight where you want to chain earth based attacks, but since the release of the Stonra Blade, Ludmille still won’t be useful then, unless of course she also has Stonra Blade.

I can see why she was an orphan for as long as she was. No one want’s her on their team, unless that team happens to be doing the Earth Shrine repeatedly (Earth based unit doing nothing but the Earth Shine, I think this is a sick joke on Gumi’s part). Ludmille’s usefulness ends when your team makes it to the Latius Woods as she will be forever doomed to farm Belmodar until totally earn her trust, and then you never use her again making her an orphan a second time.

Awesome Trust Master Reward on a very sub-par unit, niche abilities to the point of being useless and a weird mana gaining ability that isn’t useful for anything other than dying.

Ludmille is neutral to all elements and status ailments.

Ludmille can equip 7 weapons and 9 Armors

A red mage from the empire of Zoldaad who spent her childhood in an orphanage. Ludmille grew up coveting power, and thus became a red mage in service of the empire.

The general in command of the empire’s exclusively male military was the first to discover her talents, and attempted to reward her in accordance with her military deeds. However, for Ludmille there was no greater honor than the praise she received from the general himself. 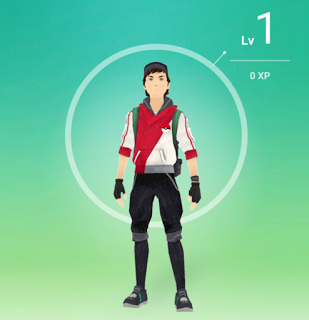