Olive is a 6 star character with pretty good stats and a decent trust master. Olive is a Physical Damage and Support character giving her good coverage over both which is always nice.

Most of Olive’s support are self or team buffs and has no healing of her own which can be a little annoying but it’s no big issue. The way she’s built in her abilities makes it really easy for her to give and receive damage.

Almost all of her skills are damaging attacks and each of them deal good amounts of damage. Her ability Heated Rounds gives a great buff to her attack by 50% and adds fire damage to all physical attacks for 5 turns.

That in itself is extremely helpful having the attack boost and the added fire damage on all physical attacks. And most of her attacks are pure physical damage so giving that added fire can really push her over the top.

Now to keep on her support Olive has some trait abilities that can prove to her being extremely useful in the right situation.

She even has a conditional ability called Mortar Beacon. It’s a nice skill that deals 5x damage to all enemies.

Her final ability True Shot and her Limit Burst Death from Above are both very good for her build and very similar in their methods of use. Both attacks deal heavy physical damage and ignore enemy def by 50%.

Olive’s only real issue is her equipment. It keeps her limited and lowers her coverage from what could be a wide range due to her ability for damage and self support.

But with her Trust Master it definitely makes her weapons more useful. Giving a 50% increase of damage to any single wielding weapons makes her guns far more powerful than they would be on someone else.

Verdict: A good character if you’re looking for a physical damage and support. Can deal some serious damage alongside other physical attackers.

Olive is neutral to all elements and status ailments.

Olive can equip 2 weapons and 4 armors

A young girl capable of freely wielding heavy weaponry. She was an ace among her fellow gunners in the squad she belonged to. At the same time, it is also said that she was relied on by her friends thanks to her being so resourceful. Contrary to her bold actions on the field, she is usually quite bashful and quiet, and it has been told she seems most happy when she’s alone, working on her guns. 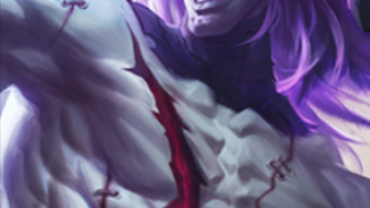