Trance Terra is a 6 star character and much like the normal Terra she’s a pretty decent hitter all around. Her stats are great for her Magic Damage role and her skills line up with it just as nicely.

Trance Terra is your basic magic character having several of the elemental spells along with some of the more powerful ones like Holy and Ultima. At the same time she can use Full-Life and Cura giving her both damage and healer capabilities.

Now she’s practically a Red Mage by definition giving her access to all kinds of different magic and ways to attack. Being able to utilize her skills to make her magic more effective.

Dual Black Magic obviously a go to staple, being able to cast 2 spells in one turn in a must for her character. Chaos Wave is also a nice magic damage attack that hits fairly hard especially after Magical Activation.

Even her equipment is pretty decent having both 5 weapon and armor styles to choose from. So back to the earlier term, Trance Terra is pretty much a Red Mage style character having both kinds of magic and a good equipment setup.

Verdict: Great character to have, just as good as the normal Terra.

Trance Terra is neutral to all elements and status ailments.

A woman who appears in tales from another world, where she played a role in the great conflict between humankind and espers. Able to wield magical powers believed lost to the world, Terra was used as a weapon by the Gestahl Empire bent on world domination. However, she was eventually saved by the treasure hunter Locke and joined him in the fight against the empire by becoming a member of the Returners. Dedicating herself to their cause, she travels with the group to see the esper Valigarmanda, where a strange power resonates with her. In moments, Terra transforms into an esper and flees to an unknown location. 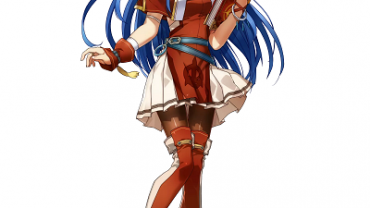