Ah, Shantotto the black mage that is only at 4★ but can learn all the -ga elemental skills. That includes all the various elements available in the game (Fire, Ice, Thunder, Stone, Water, Aero). The great thing about her is that she can be gotten from friend summons.

She is best used as a pure offensive mage for beginners. The fact that she can learn high level black magic makes your early game easier if you pulled her from premium summon. Another useful spell is Biora, which is great against bosses.

Her trust master is an excellent mag+30% passive bonus. Equip it on any of your primary black mages such as Kefka, Kuja or Golbez. Her limit burst is a hybrid magic AoE damage.

The biggest downside to Shantotto is her limited weapon and armor selection. She can’t be evolved to 5★ and has rather poor physical defensive stats. As a fragile mage, she can die quite often against tough physical bosses. She also can’t learn white or green magic, which hurts her in the utility department.

Verdict: Train her for the trust master reward.

Shantotto is neutral to all elements and status ailments.

Shantotto can equip 3 weapons and 4 armors

A formidable black mage from the distant world of Vana’diel. One of the most brilliant minds in Windurst, she serves as a professor of magical arts in and heads the Orastery, the republic’s Department of Magic.

Known for being “as high-and-mighty as Yutungah’s fiery mountain, and as rough-cut as the rocking Gustaberg Ranges-wanges”, she is a veritable force of nature who wreaks havoc on both friends and foes without discrimination. It is rumored that her one regret is never marrying, but don’t bring this up on her presence without proper havoc-resistant armor. 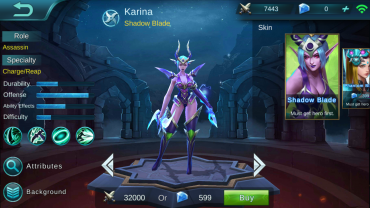