Trust Master Rewards – Dual Wield – Special Ability – Effect: Allow use of weapons in both hands, except bows and harps [Passive]

Zidane, the main character of FF9 is a bandit which is very similar to Locke. Zidane offers a lot of stealing skills. Use him to steal gil and items in the Colosseum or any regular maps. For offense, he doesn’t offer too much though. He has counter ability at 60% since he has a passive that doubles the chance of countering.

He can escape regular battles with ease if you don’t feel like fighting in exploration maps. His limit burst is AoE physical damage, so that somewhat makes up for his offensive capabilities.

His trust master reward is a very good passive to have. This allows ANY user to dual wield weapons. Give someone like Chizuru or Bartz that and you have some serious physical damage going on.

His biggest downside is his limited usage of weapons and armor. He has very little offensive skills for single and AoE. While he can use low level black and white magic, it isn’t enough to justify using him in boss battles.

Verdict: Train him for the trust master reward. Locke is the better thief.

Zidane is neutral to all elements and status ailments.

Zidane can equip 4 weapons and armors.

A young man who appears in tales of Gaia, a world foreign to this one. He is a member of the Tantalus Theater Troupe, a band of traveling thieves who attempt to kidnap Princess Garnet of Alexandria. Finding himself captivated by Garnet, who is troubled by the changes in her beloved mother’s behavior, he pledges himself to her cause.

As they set out on a journey together with the young black mage Vivi and an Alexandrian knight named Steiner, he comes closer to the truth about the two moons in Gaia’s night sky, and the roots he has searched for all his life. 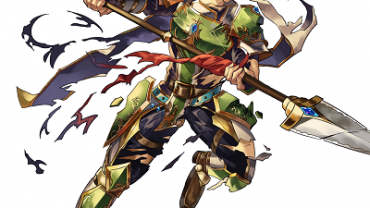